Prepare for your first visit

What makes us different

What others say about us

We’d love to hear from you

Are you looking for the best dentist in Chandler, AZ? Peace of Mind Dental Studio is a new general dentistry practice focused on providing personalized and integrative healthcare for the whole family.

Are you looking for the best dentist in Chandler, AZ? Peace of Mind Dental Studio is a new general dentistry practice focused on providing personalized and integrative healthcare for the whole family.

the peace of mind

Peace of Mind Dental Studio is owned and operated by the husband-and-wife team of Doctor Jeremy and Elissa Silverman.

Dr. Jeremy Silverman received his undergraduate degree in Psychobiology from UCLA, The University of California, Los Angeles. After spending his childhood volunteering at his father’s dental office, he followed the footsteps of his father and got his Doctor of Dental Medicine (D.M.D.) from Midwestern University in Glendale, AZ.

Elissa Silverman has her own section of the office to conduct her work as a Licensed Clinical Social Worker. She received her Master’s degree in Social Work from Arizona State University in 2011, and specializes in treating trauma, including dental trauma. 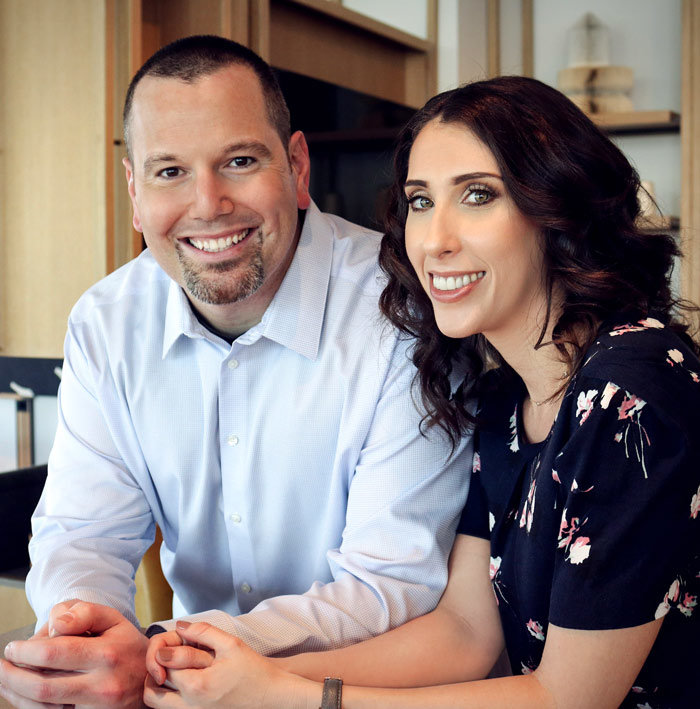 We understand that visiting a dentist isn’t everyone’s favorite thing to do–it can even cause feelings of extreme anxiety and panic.

With that in mind, our doctors have spent their entire professional lives working to provide their patients with excellent, empathetic oral care, and individualized treatments for any dental-induced distress. Our dentist in Chandler, proudly offer a variety of anxiety and stress-reducing tools so that no patient has to be afraid of taking care of their smile.

Our goal is to help our Chandler patients to permanently reduce symptoms of anxiety, overcome stress and lead a happier life with excellent dental care. Learn more about us here.

Services Offered by Our Dentist in Chandler, AZ

Our dental studio in Chandler offers everything you need to be proactive about your family’s oral health.

From routine cleanings and fillings to restorative, general, and cosmetic dental treatments, we make sure that we offer the best dental care treatments in Chandler, AZ.

The best way to take care of oral health is to keep up with your preventative dental appointments. Choose Peace of Mind Dental Studio for your Chandler dental care.

Suffering From a Toothache?

A beautiful smile is key to improving many patients’ sense of self-confidence. That’s why we offer a slew of cosmetic dentistry services to give our patients the bright and healthy smile they deserve, from the best dental studio in Chandler, Arizona.

Clench or Grind Your Teeth? Snore?

At our smile studio in Chandler we offer a variety of specialty services that aim at helping our patients to improve their dental health and wellbeing.

At Peace of Mind Dental, we provide:

Is It Time for Dentures or Implants?

Sometimes teeth become damaged beyond what fillings, crowns, and other routine dental care can restore. In these cases, Peace of Mind Dental Studio’s goal is to provide our patients with a variety of judgment-free options for preserving their oral health and functioning.

Feeling anxious about visiting the dentist? You’re not alone…let us help.

Sadly, 50-80% of people are anxious about visiting the dentist*. If that feels familiar, let us help by seeing to your anxiety and providing physical and emotional treatments without the use of pharmaceutical intervention (unless necessary). We offer everything from pleasurable distractions and comforts to treatment from our resident Psychotherapist to treat underlying causes of dental anxiety. Learn more about our extensive commitment to patient comfort.

Do you have trouble sleeping the night before a dentist appointment? Do you put off dental appointments out of fear? Do you cry or feel sick to your stomach thinking about an upcoming dental visit? When you think about receiving oral care, does it suddenly become difficult to breathe?

You’re not alone. 50-80% of all adults report feelings of anxiety and fear associated with the dentist. With this knowledge in mind, our office provides patients with a calming, cleansing, and restorative experience focused on providing our patients with mental and physical well-being alongside oral health. We offer everything from pleasurable distractions and comforts to appointments with our resident psychotherapist to target underlying causes of dental anxiety. Learn more about our methods here.

We know that our dedication to our patients’ wellness is what makes us the top choice for your family’s dentist in Chandler, AZ.

“…The entire staff makes for a seamless, enjoyable (yes- at the dentist!) experience. Beautiful, brand new office and equipment. You’ll even receive a hot towel for your face at the end of your visit. I switched having had no previous experience or info about the practice but I’m so pleased with my choice…”

“Kudos to Dr. Silverman and his staff! They made the process easy from beginning to end! The office ambiance is all good vibes, beautiful and and more importantly he did amazing work! Thank you for putting my father at ease and making the experience a very painless one! Highly recommend!”

“Dr. Silverman is one of the good ones…He’s professional, takes his time with each patient to make sure they’re comfortable, and (most importantly) he does great work…I would highly recommend Dr. Silverman to anyone needing dental care!

“By far my favorite dentist. Gentle, kind, explains everything in detail, and you can hardly feel his shots. Highly recommend.”

“This dental studio had a very calming atmosphere with the aromatherapy upon entry. The front desk staff was very friendly. The tech was very patient and informative when taking the images of my mouth. The Dr was also very caring when informing me of the proposed treatment plan going forward.